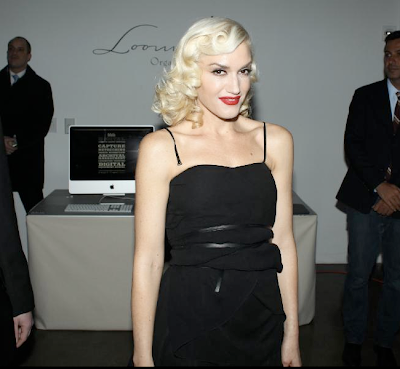 After an awesome L.A.M.B. show it was time to party! A quick trip back to the apartment and an outfit change later, it was back to Milk Studios for a cocktail party to honor Gwen and her successful collection.

We were there for about half an hour when she showed up and was instantly mobbed by photogs and well-wishers. Fellow celebs included Kelly Osbourne (who looked AMAZING and so teeny tiny) and Kelly Bensimon.
Gwen looked drop dead as usual and was so sweet despite all the commotion around her. I tried to stay back and let everyone get their time with her. You guys would die laughing if someone took a picture of me at one point. I was standing next to Gwen talking to her business partner about the line when Kelly Osbourne showed up. Well, these two photographers wanted to get good pics (one is the picture below) so they squeezed between Gwen and I squishing me up against the couch I was leaning on. It was really funny and if I took myself too seriously I would have been pissed. 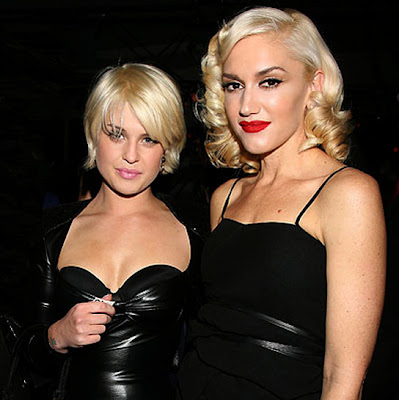 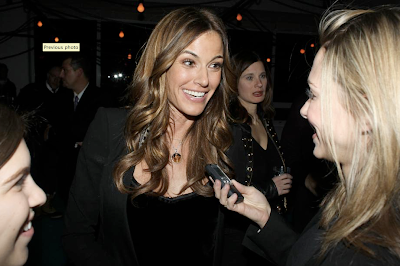 ANYWAY- Gwen then called me over to where she was, which just tells you how unbelievably sweet she is. A party full of people and she still took time to talk and hang out for a few minutes.
I finally got a semi decent photo with her after working with her for over 2 years. haha
YAY! 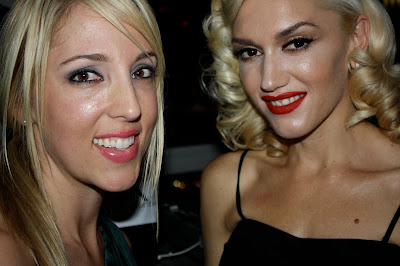 ♥
I wore a Robbi and Nikki top with silk shorts and sweater tights and of course, my L.A.M.B heels. 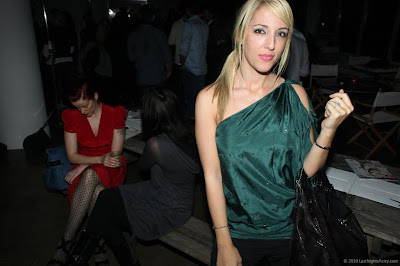 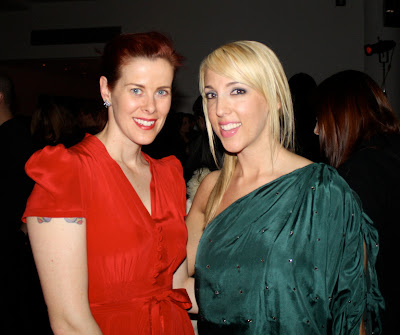 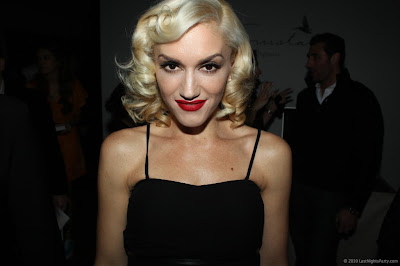