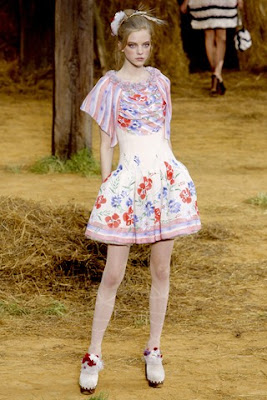 Ever since I saw the girls clomping down the runway at Chanel’s Spring 2010 show, I thought… Hmmm. Really? I’ve never liked clogs as there’s nothing sexy about them and they are technically frumpy. 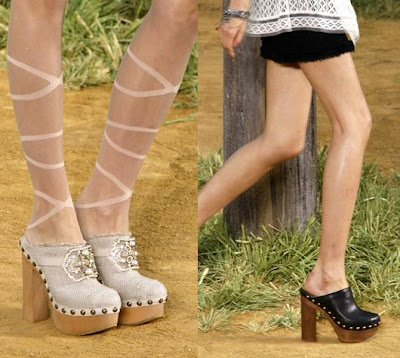 I remember even proclaiming that you would NEVER catch me in a pair of clogs. No matter who said they were cool!
Then I saw Miu Miu’s clog… 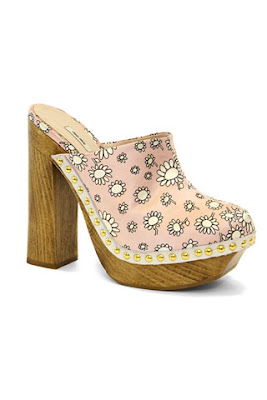 Cute…ish. Still not sold.
But then these babies, also Miu Miu- 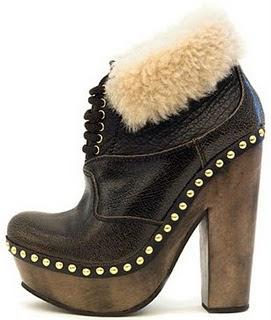 Kinda love them. Maybe because they’re not opened up? I think they’re really effin cool, though clearly too heavy for Spring.
This month’s cover of British Vogue has Alexa Chung wearing clogs (Chanel I think) that she looks pretty great in. Then again, I personally think she looks great in most things. 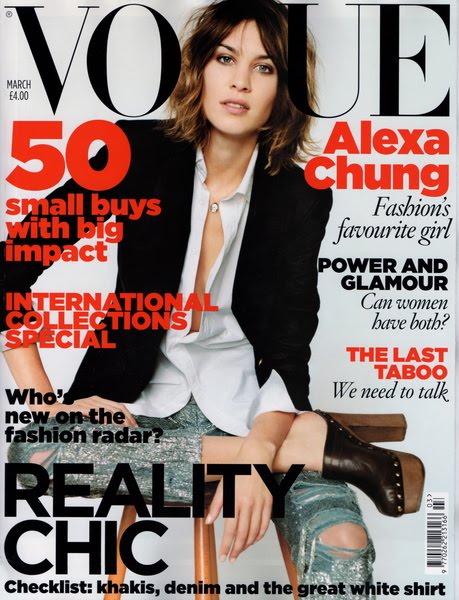 So I’ve decided to go try some on tomorrow and see if I can get into it. This looks like a Spring trend that I will either have to pass on or try out in a cheaper way.
This one by Steve Madden seems OK and basic for a trial pair. 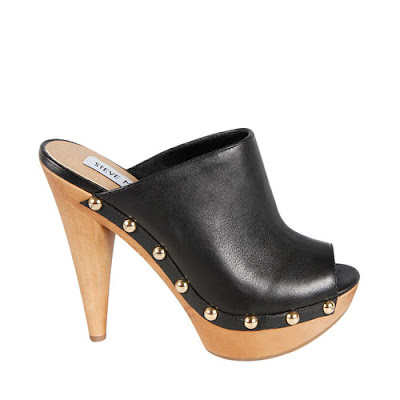 And of course, this beauty by Jessica Simpson that I should have bought before it sold out everywhere. Not a clog but clog-ish. 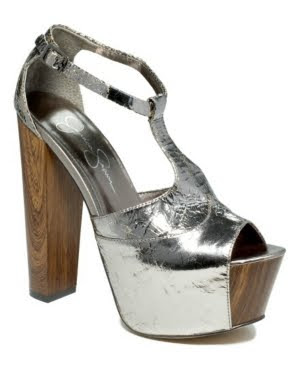 What do you all think? To clog or not to clog?? Will YOU be braving this trend or leaving it to the pros?

The Return of the Barely There Shoe…